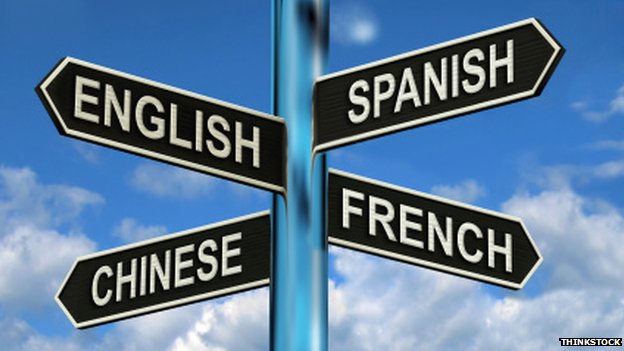 Learning a second language can have a positive effect on the brain, even if it is taken up in adulthood, a University of Edinburgh study suggests.

Researchers found that reading, verbal fluency and intelligence were improved in a study of 262 people tested either aged 11 or in their seventies.

A previous study suggested that being bilingual could delay the onset of dementia by several years.

The study is published in Annals of Neurology.

The big question in this study was whether learning a new language improved cognitive functions or whether individuals with better cognitive abilities were more likely to become bilingual.

Dr Thomas Bak, from the Centre for Cognitive Ageing and Cognitive Epidemiology at the University of Edinburgh, said he believed he had found the answer.

Millions of people around the world acquire their second language later in life. Our study shows that bilingualism, even when acquired in adulthood, may benefit the ageing brain”

Using data from intelligence tests on 262 Edinburgh-born individuals at the age of 11, the study looked at how their cognitive abilities had changed when they were tested again in their seventies.

All participants said they were able to communicate in at least one language other than English.

Of that group, 195 learned the second language before the age of 18, and 65 learned it after that time.

The findings indicate that those who spoke two or more languages had significantly better cognitive abilities compared to what would have been expected from their baseline test.

The strongest effects were seen in general intelligence and reading.

The effects were present in those who learned their second language early, as well as later in life.

Dr Bak said the pattern they found was “meaningful” and the improvements in attention, focus and fluency could not be explained by original intelligence.

“These findings are of considerable practical relevance. Millions of people around the world acquire their second language later in life. Our study shows that bilingualism, even when acquired in adulthood, may benefit the aging brain.”

But he admitted that the study also raised many questions, such as whether learning more than one language could also have the same positive effect on cognitive ageing and whether actively speaking a second language is better than just knowing how to speak it.

Dr. Alvaro Pascual-Leone, professor of medicine at Harvard Medical School in Boston, US, said: “The epidemiological study provides an important first step in understanding the impact of learning a second language and the ageing brain.

“This research paves the way for future causal studies of bilingualism and cognitive decline prevention.”